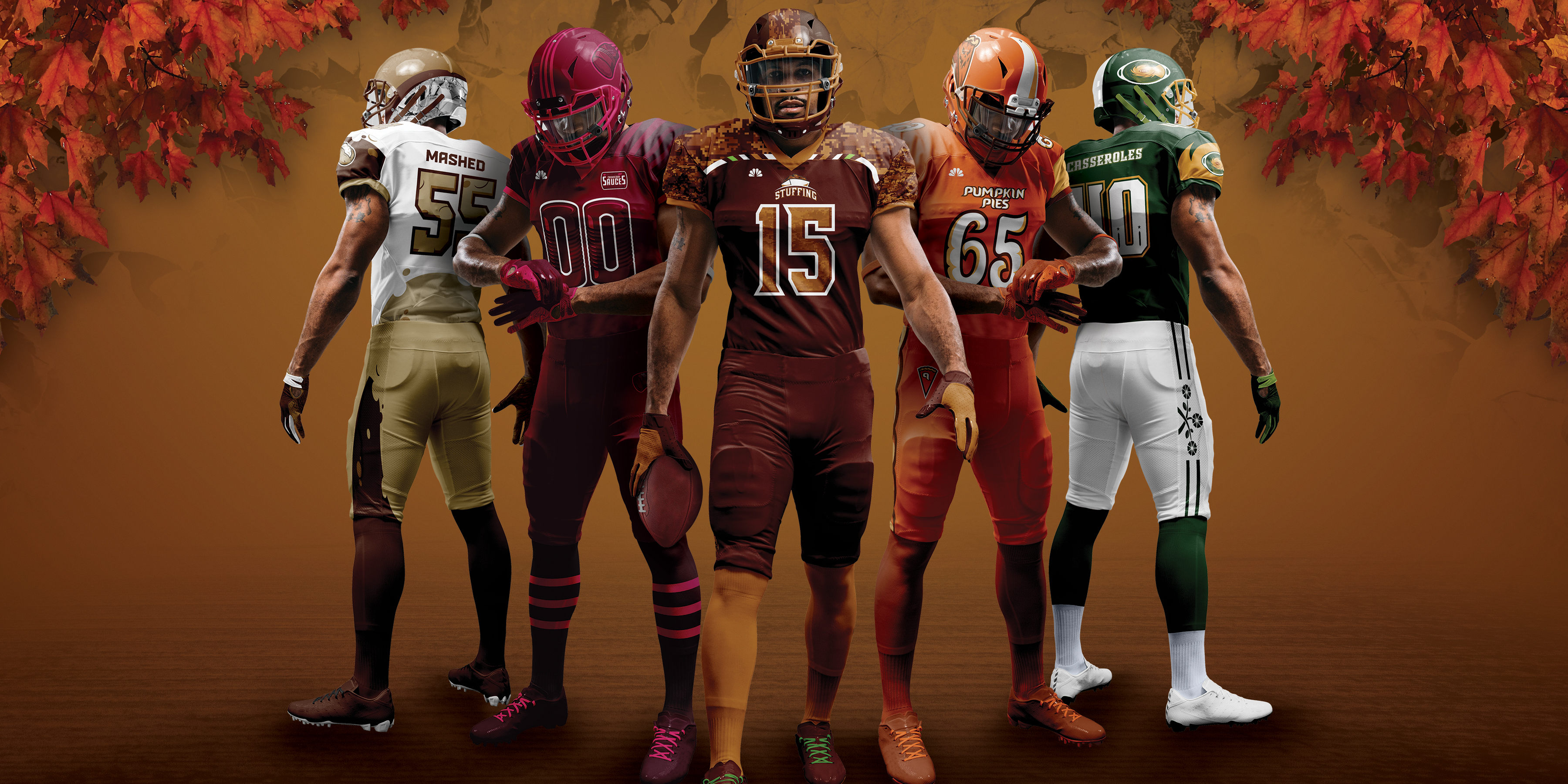 At the intersection of sports design & social engagement.

It went live, and it went big. Seen on NBC’s “Today” for their pre-Macy’s Thanksgiving Day parade and articles picked up on Variety, Uni-Watch, and others, the social engagement numbers were even better then we could have imagined. We have to be a little fuzzy on the numbers, but publicly it is easy to say that it likely reached somewhere around 8 -10 million people in 4 days, roughly 200K engagements, and a potential impact range of around 40 million. When NBC and The Barn came up with the idea of the Side Dish Bowl (definitely a team effort) for a social media engagement campaign around Thanksgiving we never thought it would grow to what it did. When an idea and creative is “so strong” that NBC wants to produce them and “blow it up” your agency flies pretty high for a while. But at the onset of the project, The Barn was very adamant about a couple of things about the campaign. 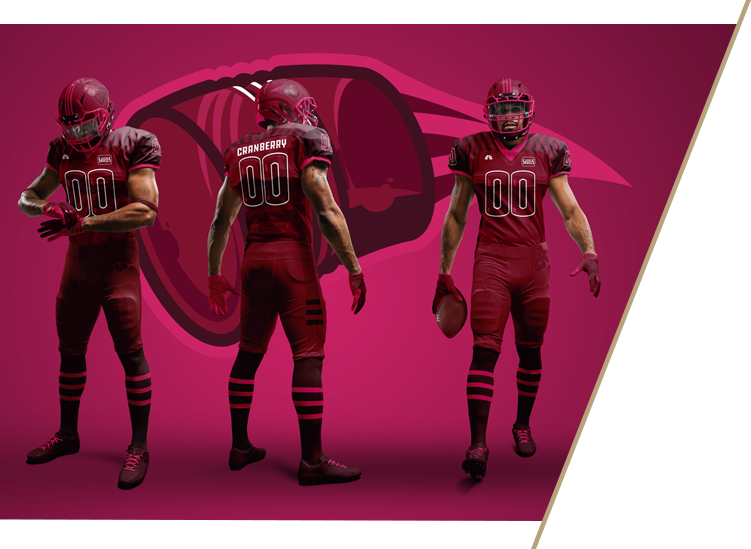 In realms of all the designs, this one seemed to fall into place the fastest. We knew we wanted to do canned cranberry sauce. Mainly because it will be more divisive in an engagement campaign like this (oddly that is a good thing here), but the idea of canned cranberry sauce as a brand is hysterical.

This brand was a classic case of “trust the process”. It kept getting better with every iteration, all the way to the point when we tried to combine pumpkin pie, with physical a pumpkin/jack-o-lantern. 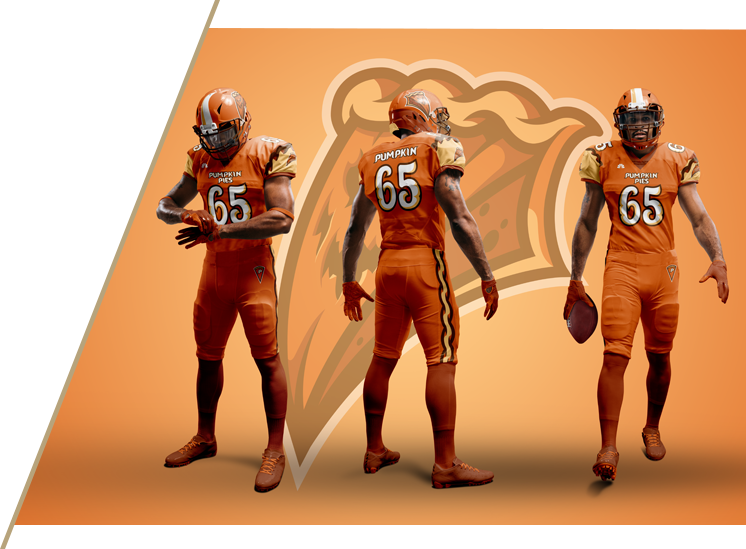 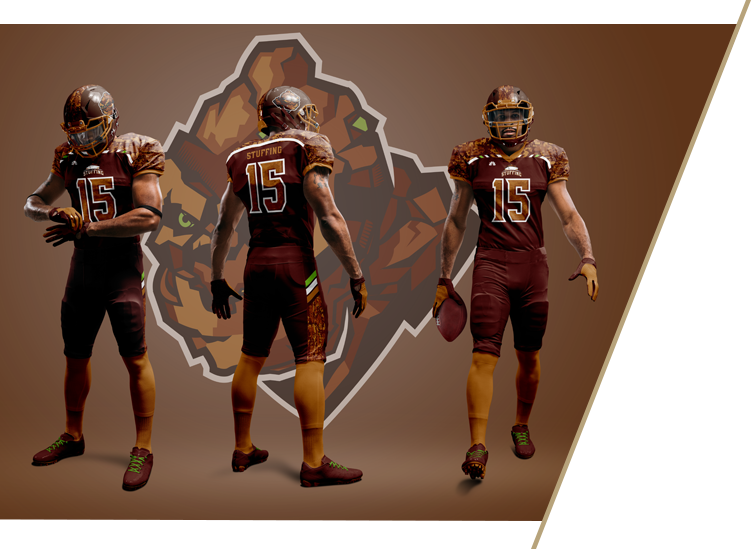 This one fought us. But with our backs on the wall, the whole team (The Barn + NBC) put our heads together and the lightbulb finally came on for one of the strongest brands of the group.

This is where we everyone was pretty much in agreement right away. We always try to understand what makes up a brand. not just a logo, not just colors, but what emotions come from it. When we looked into the Casseroles one thing came to mind…. the same ceramic dish that every parent/grandmother/great aunt/friend down the street in America has somewhere in a cabinet. 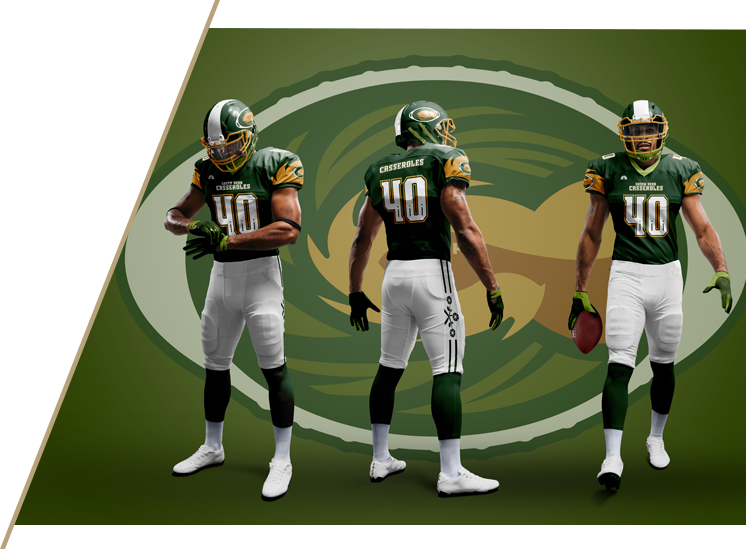 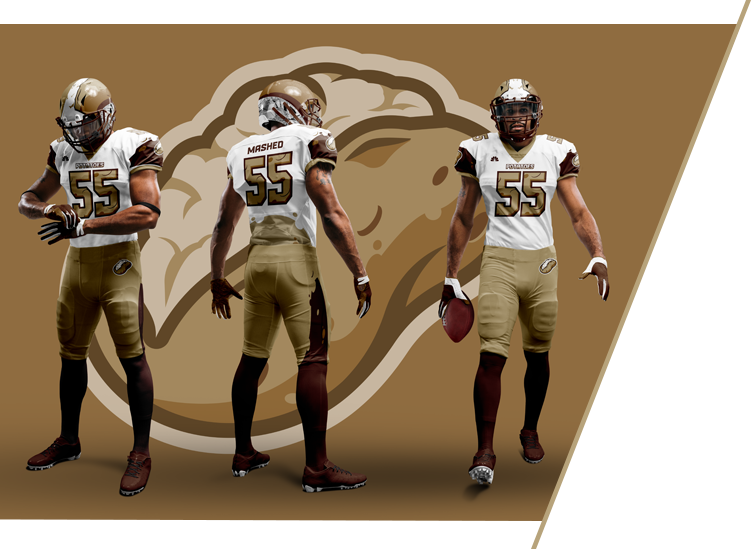 This design is where we wanted to really push the boundaries of what is phycisally possible in football design. Of course we could put a potato on the side of a helmet, but how could we do more?

The Barn helped us take on the exciting task of revamping not only our logo, but our entire brand. We couldn’t have been more pleased with the attention to detail and assistance with project management from Nick and his team. <It> was terrifying, but The Barn made the process feel almost effortless and brought our vision to life in the most vivid way.

Our biggest professional re-design to date has also been our largest award winning. The Barn was awarded with a Top 50 New Logos of the Year in 2016. With the Creamer Awards being the top of the top in sports design, them putting us in the same group as teams like the Toronto Maple Leafs is a pretty high honor.Beyond awards for our agency it was wildly successful for the team as well. We all know that sports design is closely related to merchandise sales, and it is even more important in the minors where every dollar counts. We are proud to say that the Cottonmouths merchandise sales were more than double the year they launched the new branding!